I am not a fan of resolutions, however at the beginning of the year I made one: to travel more. Of course I magically pretended I will have a lot of money, but all I had was my scholarship. So, I went to Greece, a wonderful country rich in destinations and landscapes. The first stop was at Meteora, a rock formation on which tectonic activity, geological changes and humans have certainly left their mark on.

In the 10th century hermits arrived in Meteora where they created small monastic communities. The inaccessibility of the area provided just what they were looking for: total isolation in order to pray for their salvation and the salvation of the world. In the 14th century, Saint Athanasius built the first monastery, The Monastery of Great Meteoron, on top of a boulder. Carrying materials was extremely hard, but through hard work and faith they managed to overcome the difficulties: at first they built scaffolds, which weren’t safe, and later on they used baskets pulled to the top with ropes. By the 16th century, there were a total of 24 monasteries for which in the 20th century, for easier access, stairs were carved in rock. 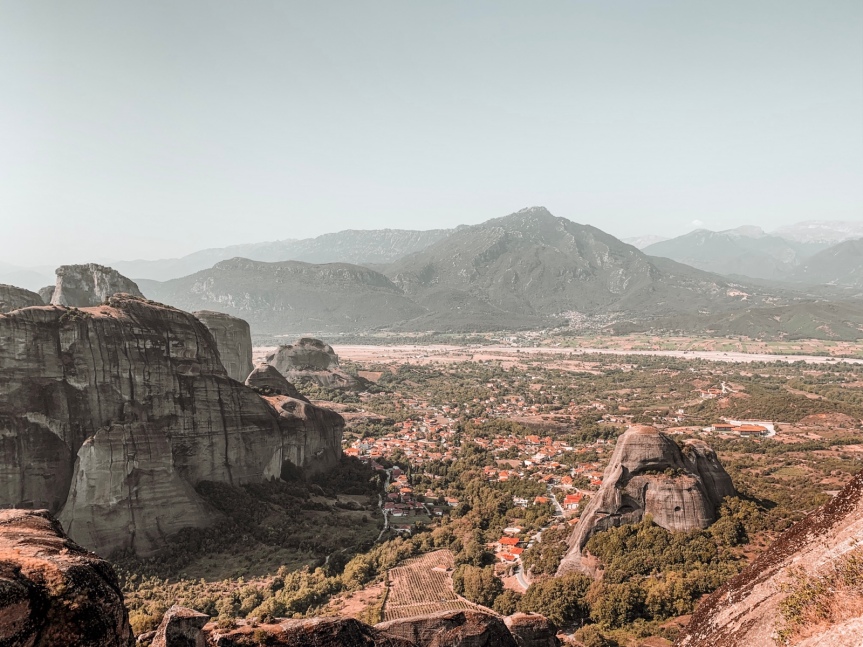 For a few moments I went silent and couldn’t help but wonder, how profound was their faith? What did it felt like living completely alone in windswept caves? Today, 6 of the 24 monasteries are still standing: Great Meteoron, St. Stephen’s, St. Nikolaos Anapafsas, Roussanou, Holy Trinity, Varlaam and St. Nikolaos Anapafsas’. I visited the first one, The Monastery of Great Meteoron where there still are 7 or 8 monks in residence, and The Monastery of Saint Stephen’s with around 30 nuns in residence. 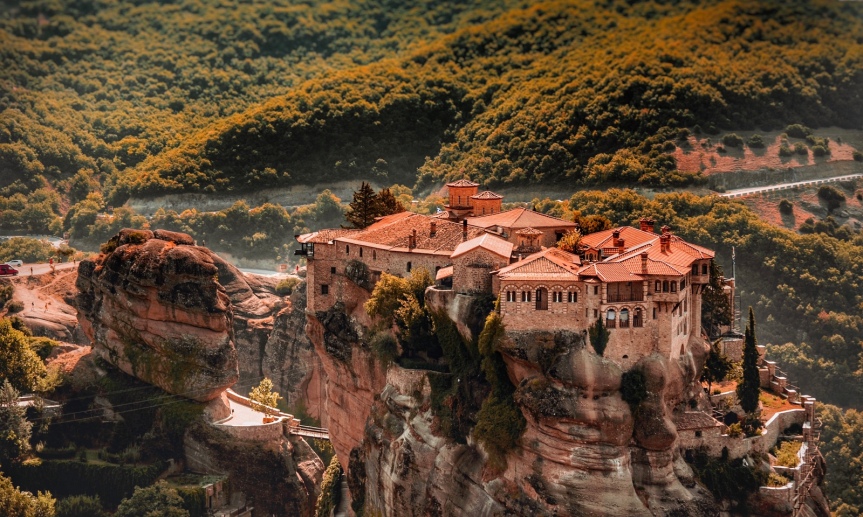 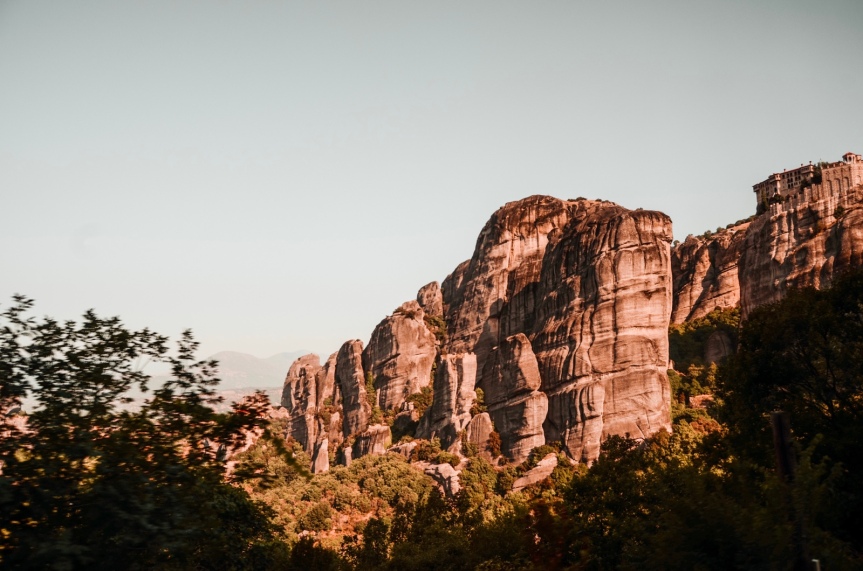 As I was admiring the landscape I saw immense pillars soaring upwards as if they were about to kiss the heavens and I felt the wind whipping against my face. Hundreds of meters below me the forests were humming. I felt lost and needed to remind myself that this was not a world of fantasy or a painting, but reality. Everything was real, material and substantial and I was lucky enough to be there. For me, in those moments time stopped, there was no concept of what it must be to hurry or to be sad. I was utterly captivated by the scene in front of my eyes, blown away I sat there with arms behind my back and a straight yet peaceful expression and for a moment everything was perfect. The fresh air wasn’t only flowing freely in my lungs, I was breathing with my soul as well. 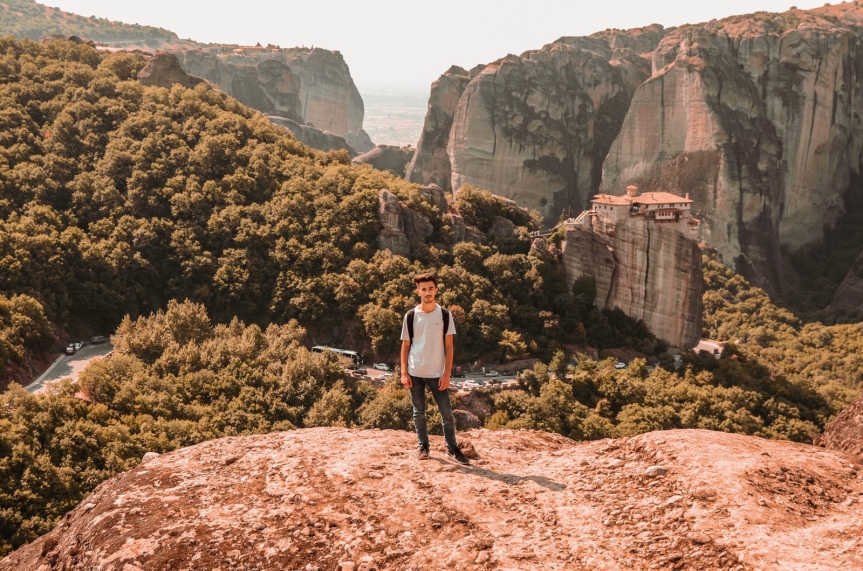 🐈
“At no other time (than autumn) does the earth let itself be inhaled in one smell, the ripe earth; in a smell that is in no way inferior to the smell of the sea, bitter where it borders on taste, and more honeysweet where you feel it touching the first sounds. Containing depth within itself, darkness, something of the grave almost.” - Rainer Maria Rilke, Letters on Cézanne
It’s just hard sometimes to appear unemotional, especially in front of views like those seen in Breb. Find the blog post by accessing the link in my bio. 🌲
⛅️

How was your weekend? 🤩

"He has never understood the human compulsion for conversation: people, when they speak, say useless things that seldom if ever improve their lives. Their words make them sad. Why can't people stop talking and embrace each other? "— Claire Keegan